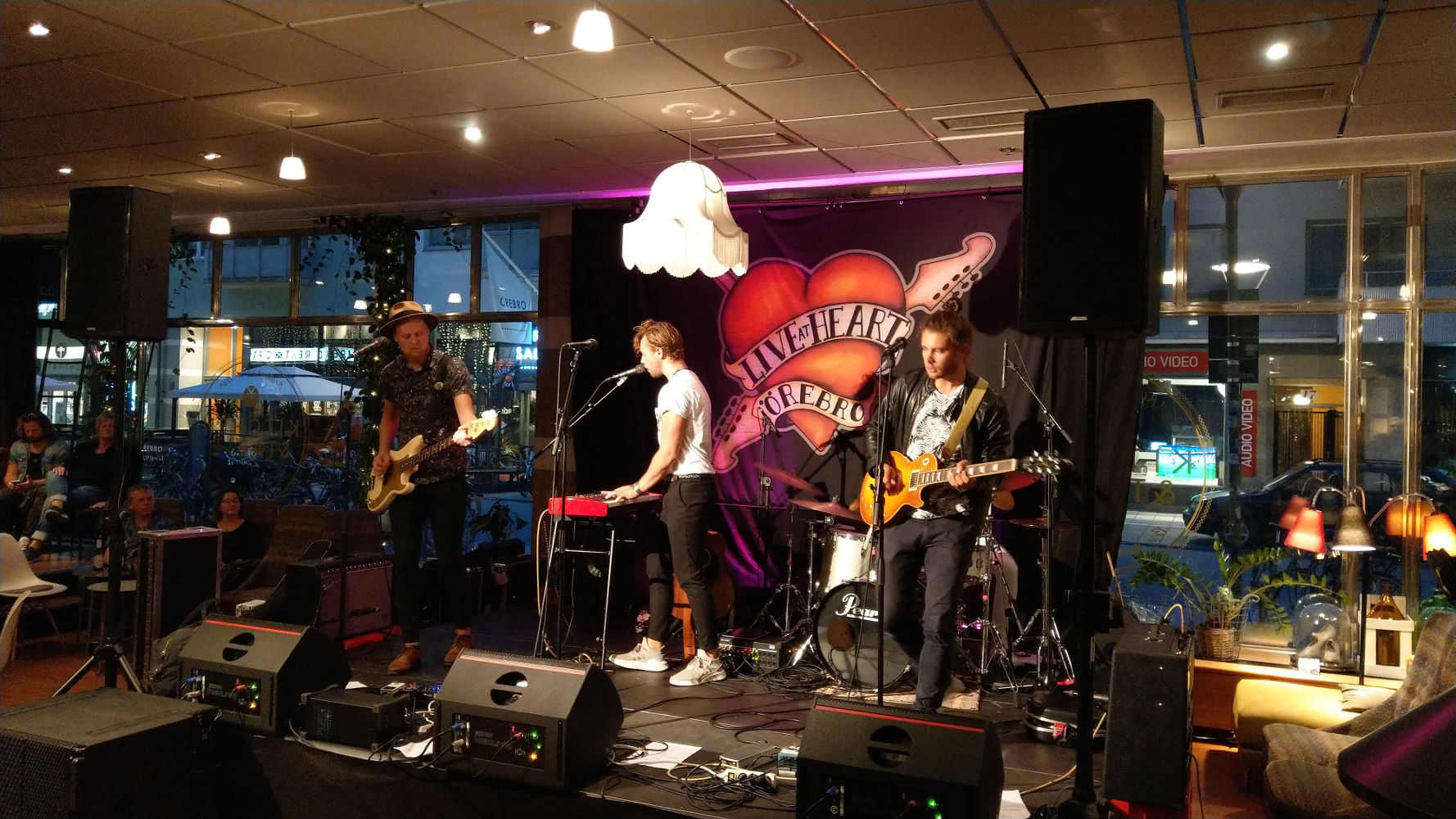 Live At Heart is setting an example for other showcase festivals to follow by promoting an ‚equal booking‘ policy. It sets itself the challenge of featuring as many female as male performers and speakers. This year it „definitely managed“ to achieve its equality goal, international coordinator Silvia Sardeira said.

It should hardly be a surprise that a progressive festival is found in Sweden, which has a reputation for its social policies. Live At Heart is quite literally at the heart of Sweden, in the city of Örebro. While not large or famous, Örebro is the most centrally located city.

„You can travel from anywhere in Sweden, and it’s not far. If we were in the capital Stockholm, people from smaller towns would have to take a longer journey. There is also a large audience here for music and film. This festival was naturally founded in the city by people from here,“ Silvia said.

Live At Heart has been running for eight years, winning a reputation for being a high quality boutique regional cultural event. It takes place across the city in concert halls, hotels, clubs, cafés and even churches. But this year it developed into an internationally recognized music industry hotspot. That’s due to two big developments.

First, Live At Heart became part of INES, the Innovation Network of European Showcase Festivals. INES now joins together 13 showcase festivals in 12 countries, sharing talent and tips between each them.

„INES put us on the map of Europe’s music industry and Örebro become recognized as a music city. Before, the festival was more concentrated on Swedish and Nordic markets. Now we can spread out on a European level.“

And not just Europe. This year’s Live At Heart attracted industry delegates from as far as South Africa, India and Taiwan. Festival bookers from Asia attended to scout for new bands. Rolling Stone India covered the event, leading to interest from project organizers there.

The second major development was the launch of Live At Heart’s sister festival in Newfoundland, Canada. Also called Live At Heart, the Canadian event was started by a promoter who was inspired by the Swedish event and wished to replicate its style, sound and success. It’s expected to open up two-way opportunities for talent swapping and market entry.

That’s good news for the bands participating in the INES#talent pool. Until now 207 European bands have been selected to join the pool, and are eligible to be booked by any of the INES festivals. Live At Heart booked nine bands from INES#talents, including Capitano (DE), Lukas Lauermann (AT), We Bless This Mess (PT), :papercutz (PT), and Moonshiners (PT).

Bringing Music and Film Together

The conference section was sold out this year due to the influx of international delegates. INES#conference added to the quality of the content by curating several sessions. Two of them were directly related to Live At Heart’s unique combination of film and music.

In one session, director and producer Kavi Raufi explained how he selected music for his TV series Systerkoden. Another featured Adam Elk from Storfronmusic, a New York-based agency that produces music for advertisements.

„It is important for us to show to the musicians they can also work in the film industry by doing soundtracks and advertising music. It can help musicians have a sustainable career.“ Silvia said.

Those sessions, along with many other INES-supported talks and panels, were filmed and will be made available online through INES#library for all to access.

Thanks to the new partnership with INES, Silvia said this year’s Live At Heart was its biggest and best yet. A total of 195 bands performed to a public audience of 2600 people. The conference attracted 650 delegates, 150 of them internationals.

Our Website uses cookies to improve your experience. Please visit our Central and Equal: Sweden’s Live At Heart page for more information about cookies and how we use them.